A function doesn't start until all its input parameters are resolved (have a value) and is executed again one of its input has a new value (until the context of creation of the function is destroyed, e.g. the user goes to another screen).

An Action represents a specific function which is executed when an event occurred.

In opposition to Functions, an action is called immediately when the event from which it depends is triggered, which means it doesn't wait for the other inputs to be resolved (if any).

Even if Functions and Actions are very close, they have each some particularities: 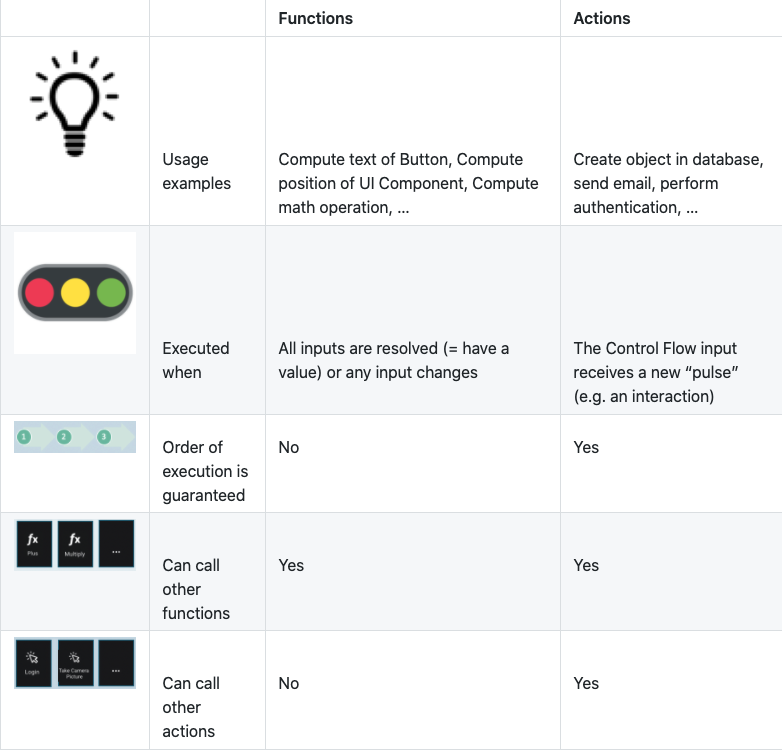 A full list of available functions and actions can be found in the Marketplace documentation page.

Functions can be created in the Properties panel using f(x) button. In some cases, f(x) button is in a dropdown menu. 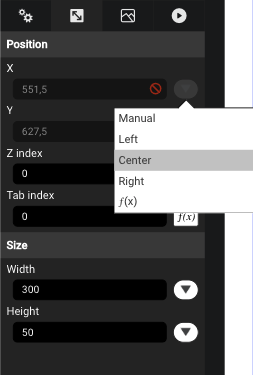 ƒ(x) provides possibility to set dynamically the value of a property using a function.

Screen and Visual Component properties can be used directly in the function.

The result of the function will be assigned to the property to be computed.

Upon selecting a function from the Property panel of a component, the sub-editor allows the user to to edit a Function or an Action for a specific UI component. The user can add calls to other functions and link them together in order to define the function's body. Function inputs and outputs can be linked to function calls as inputs respectively outputs.

The property picker is used to read/write properties or dispatch an event within a function.

Custom reusable Functions and Actions can be created in a project.

ControlFlow is an object type representing a pulse which triggers the execution of an Action.