The purpose of contexts is to be able to store and retrieve data from any places in the application. There are several use cases such as

When Draw runs an application, it builds a tree of contexts, from the application down to any screen, components and bricks that need to run.

From the image above you can understand that there is a context for each "layer".

The Application Context values are inheritted down the tree in sequence by Screenflow Context, then by Screen Context and so on.
Values can be overriden at any stage down the tree.

Contexts are based on runtime execution of the application. They are unique for each instantiation of application.

Also, when a component or screen is removed, its context is destroyed.

When you need several parts of the application to share data, you have several options

Let's take a look at how to do the latter.

Storing Data in the Application State​

Use the brick Set in Application Context 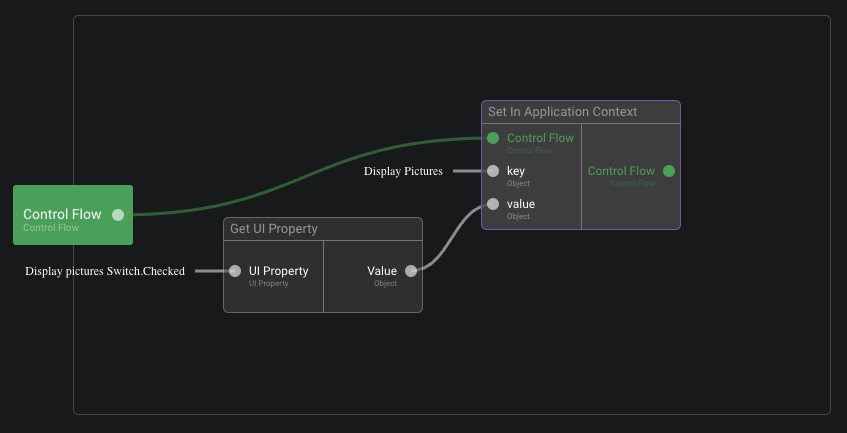 You can pass any value and assign it to a key. This key will be used by other bricks to retrieve the assigned value. As an input of the key you can use any string or an Enum value.

Retrieving Data from the Application State​

Use the brick Get From Current Context 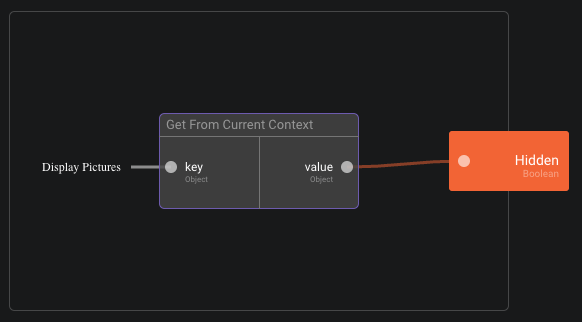 Use the key to target which value you want to retrieve from the context. This must align with a same key set somewhere else from a brick such as Set In Application Context.

Wait, but I see that there is a Get From Application Context brick. Shouldn't I use this one instead?

You could use this brick indeed. However there is subtle difference. When reading context data, the system will go up the tree of contexts until it finds a context that holds a value for a specific key. It means that it will anyway read from the Application Context if no other context assigns a value to the same key "in between".

In most cases the end result is similar, but choose the pattern depending on how generic you want your component/brick to be.

Using Contexts to communicate between a Map, For Each, ... and its lambda function​

This is a simplification, focusing only on the composition Contexts. In reality there are other Contexts in between but they are abstracted away when using the Contexts bricks.

Pass Data from the Brick Context to the Lambda Context​

This is by far the most common use case. As we cannot set inputs in the lambda, we need to use Contexts to pass data to the lambda.

Set Data in the Brick Context from the Lambda Context​

This can also be useful when the lambda processes some data that must be passed back to the Brick Context.

We provide a set of low-level bricks to enable all sorts of scenarios with Contexts. Here the list of bricks available:

Setting Value in a Context

Getting value from a Context

Removing a value from a Context

You should not use the same name for a Context key than the name of an input or output of the brick where this key is used. This will cause a conflict in the behaviour of the contexts brick.

If a key defined in some other location than the current brick, happens to have the same name as an input or ouput of the brick we are working on, in which the Context needs to be accessed, renaming the conflicting input or output parameter is the recommended workaround to solve this situation.
This limitation will be addressed in a future release. 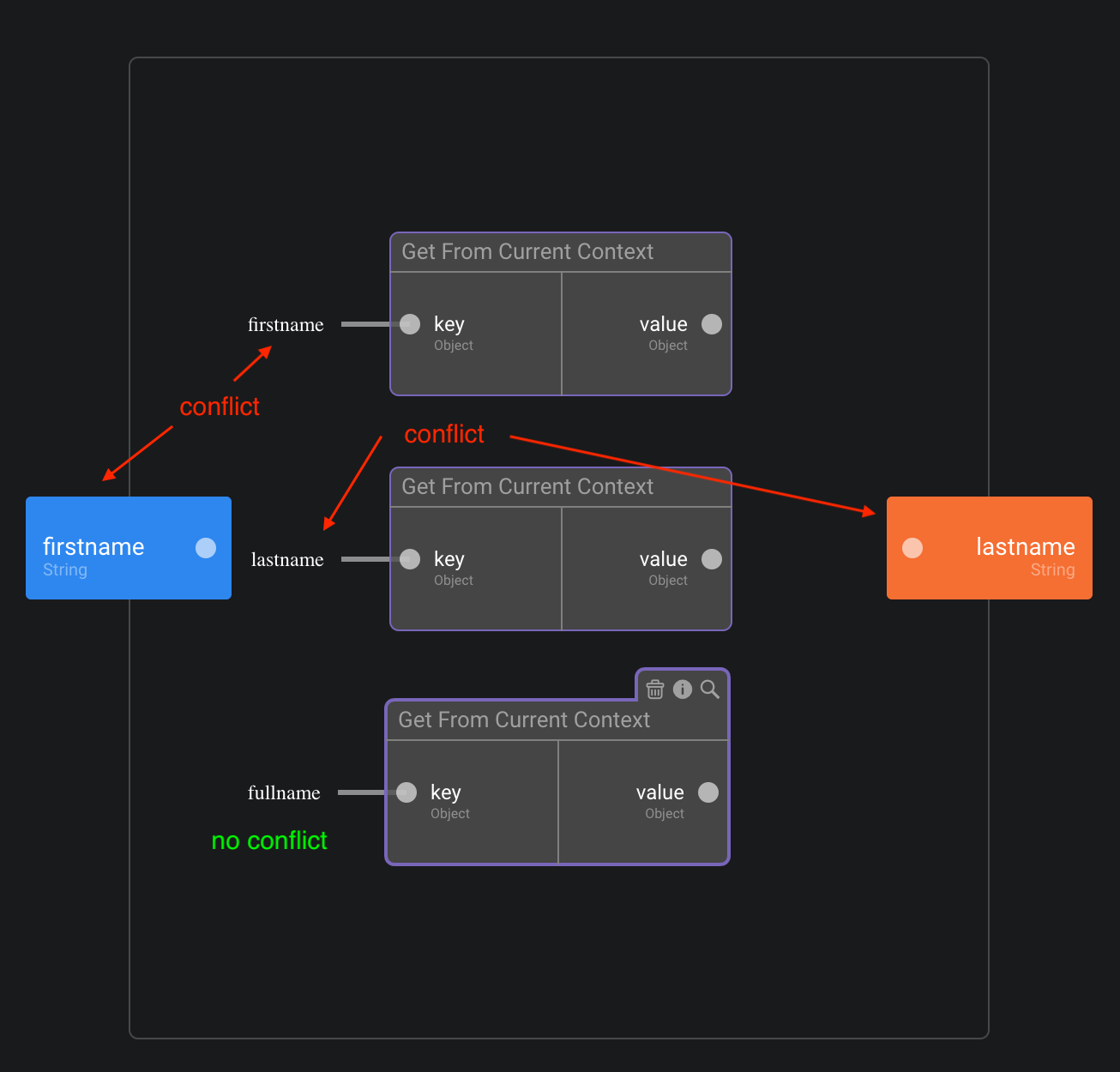