Once you have created a npm package providing Olympe bricks, you may want to add as dependency of another project in order to use that package bricks in that project. We will see how to do that and how to develop both the dependency package and the consumer project in parallel.

To follow this tutorial, you need first to create a new project using the Olympe Yeoman project-generator. In the process, your project dependencies are installed (with npm i). Here we assume that your project will be consumer of a package named string-utils that is globally available on your system as a npm package. If you don't know that already, you may want to learn how to build an Olympe project as a npm package and how to link a npm package you are currently developing to make it available on your system.

Add as dependency a package linked on the system​

Then, at your project's root, run

Finally, to formally add string-utils package as a dependency to your consumer project, run

This operation will add the dependency in the source main src/main.js of your consumer project and reset the data cloud. During this last operation, you'll be prompted to snapshot your data cloud before resetting it. It is highly recommended to perform a snapshot before resetting to avoid losing possible changes made in DRAW in your consumer project. Resetting is necessary to load the bricks of the imported package and make them available in DRAW. To make sure the bricks of the imported package are correctly loaded, check the reset logs: there should be a line stating that the package's bricks have been loaded:

Once these operations are over, type as usual

which will serve DRAW on localhost:8888.

When opening or reloading DRAW, you will see that both the library and the project are available on the data cloud. If not, try to reload the page.

From now on, you can use in the consumer project function String Spacer provided by the dependency package. Note that the first time you want to use a brick provided by another package, you must look for it under the Community tab of the DRAW marketplace. Then, DRAW will ask you to confirm that you actually want to make that other package a dependency of your consumer project: 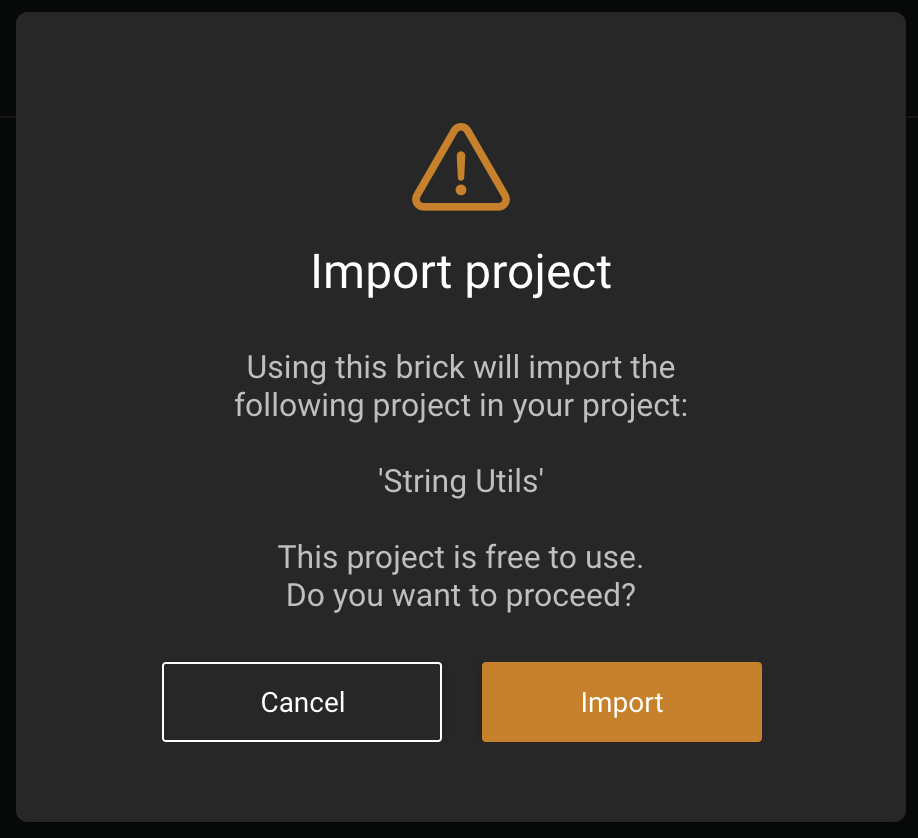 You can see the dependencies of your project in the Dependencies tab at the project's root in DRAW.

Work on both projects in parallel​

It is possible to work on both the npm package and the consumer project in parallel. The requirement is to rebuild the package after every modification with command

Always think twice before resetting the data cloud, be it with npm run postadd or npm run reset command. Always make sure all your work is backed-up.